Save $25.00 when you spend $150.00 or more on offered by Amazon.com. Enter code AMEXTEST at checkout.
Your coupon will be applied at amazon checkout. Details

Coupons available for this offer

Usually ships in 2 to 4 weeks 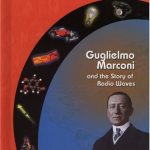 Guglielmo Marconi was a young man fascinated with the recently discovered phenomenon of electricity. Telegraph wires were already being used to send messages with electricity—there was even a cable under the Atlantic Ocean making communication between continents possible. But when Marconi learned about the electromagnetic waves scientists had discovered, he thought that they could be used to send messages without wires. In 1894, when he was 20 years old, Marconi began his experiments in sending messages: first a few feet, next a few yards, then over a mile, and at last across the Atlantic Ocean.

Marconi’s wireless telegraphy made it possible, for the first time, for ships at sea to communicate with the land and with each other. Marconi’s work provided the foundation for the amazing developments in electronic technology that occurred in the 20th century—radio, television, radar, sonar, microwave ovens—and are still occurring at dizzying speed.